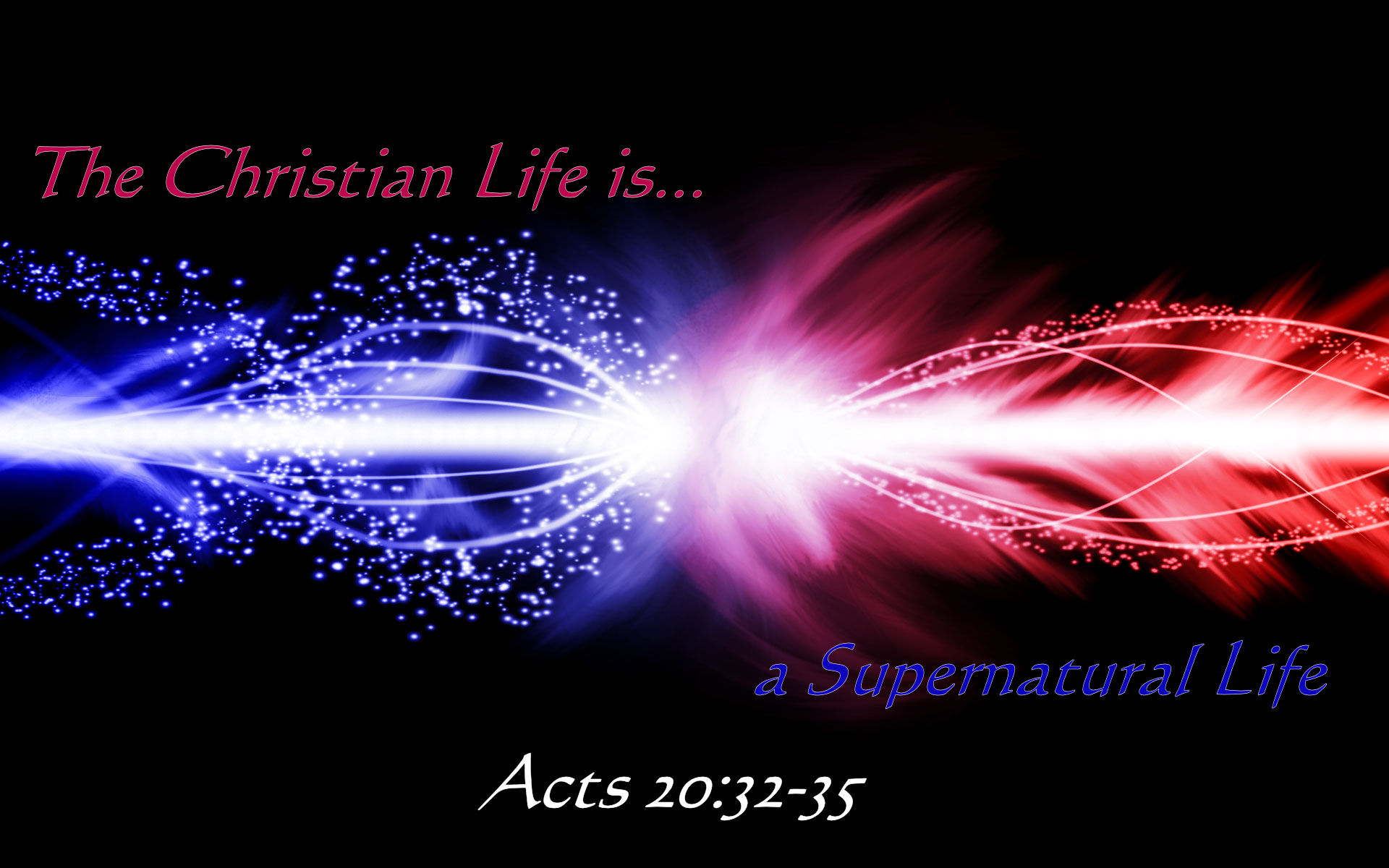 Making the supernatural your lifestyle …

I recall a time in my university days, the then National Electric Power Authority (NEPA) of Nigeria did not supply power to our community for over 48 hours. There were complaints all over the streets and this formed a major discussion point in every nook and cranny. Then one evening while a group of us were all sitting under a tree for fresh air to get some relief from the overbearing heat in our rooms, power was suddenly restored by NEPA. We all shouted “Up NEPA” in a very harmonious way as though it was an orchestra. While the echo ceased, a friend looked at us, shook his head and said – “I wonder why you guys are celebrating over your right this way. It is totally out of place for NEPA to cut power supply without prior notification; we should be considering a protest if we were in developed nations, and not rejoicing over our rights in a way that makes it look as though NEPA has done us a favour.”

Wow! That statement resonated within me as I had equally been pondering on the attitude of many believers in that same locality at that time. It appeared we approached Christianity with the same attitude we had with NEPA. But the truth is that this issue is not isolated to that community alone. Many things we read in bible that should be seen in the daily life of an average believer is what we scream in surprise about, because they happen only once in a blue moon. It is sad that we live in an era where the exception has become the rule.

A man once came for one of our conferences and heard me give words of knowledge and the affected people walked to the stage; he also heard the testimonies of people that had been healed. He said if he had such gifts he would have started a church and he wonders what I was still waiting for. All attempts to teach him about supernatural knowing and healing that should be the natural tendency of all believers proved abortive; he just could not see that what he called exceptional was actually ‘the expected’ on a daily basis. A similar story is of a sister who was granted a visa to the UK and went to church to give testimony while rolling on the floor. Does she know that the earth belongs to her father in heaven and he has commanded her to go everywhere to preach the gospel? If we were truly aligned to purpose, who is that person on earth that will deny us visa? Some people even waste ministry time conducting anointing services for visa. Sister Faith passed an exam that every unbeliever in her class passed, and she closed her street to throw a big party. What was she expecting before then? How can the one who has access to the deep things of God be unable to comprehend the ephemeral things of the world?

I recall that a brother who has been a believer for over a decade once told me – this is my year of the supernatural, and I asked him, what have you been doing all these years? Living in the natural? Can a dog say – it is my year of barking or can a fish say it is my year to swim?

I like Galatians 6:16-17 (AMP) – “For neither is circumcision [now] of any importance, nor uncircumcision, but [only] a new creation [the result of a new birth and a new nature in Christ Jesus, the Messiah]. Peace and mercy be upon all who walk by this rule [who discipline themselves and regulate their lives by this principle], even upon the [true] Israel of God!” Wow! In this new dispensation where we ought to constantly regulate our lives in accordance with the rule of the new creation, excellence is the default setting; good health is natural; prosperity is our birthright; integrity is our touchstone; fulfillment is common place; and the supernatural is our lifestyle. How can we say “in Christ we live, move and have our being” and our lives are not constantly punctuated with the supernatural; Isn’t that a paradox?

Beloved, our new nature in Christ must be lived every time, every day; it ought not to be something we slip into, experience some remarkable results, scream in jubilation like “Up NEPA”, then slip out into something else. The supernatural is our lifestyle!