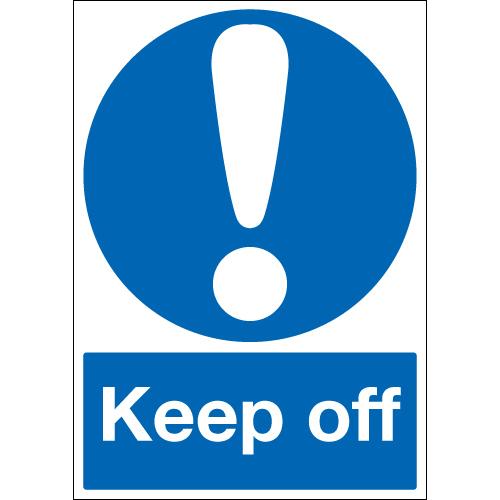 Upon seeing the inscription “Military Zone” at any place, even before reading the concluding part, our intuitive reasoning mutters “Keep off”. To some of us, Military Zone means ‘Dangerous Zone’, while to some others; it means a “no go” area or impossible area to reach. Only very few of us pause to question why such a location which possibly is cited outside a military barracks should have an inscription meant to scare people away.

Similarly, there are some issues or ideas that we have consciously or otherwise branded “Military Zones”. Most times, we get so informed and knowledgeable about them to the point where we inscribe on our hearts; “keep off”. This has lingered on for a while and we have neglected the possible option of probing or inquiring why they have been so branded.

For example, in prayers, there are some myths commonly believed and adhered to which have greatly hindered effectiveness in prayers and short changed peoples prayer lifestyle. These myths have similar rhythms in our hearts to that of ‘Military Zone, Keep off’. As a result of this, our prayer lives have been stagnated, and questioning the status quo seems to be an insurmountable mountain.

Let’s take a quick look at some commonly believed “Prayer Myths” and assess their truthfulness.

It is commonly reported that due to the fact that God is in the heavens above and we are on earth, it is imperative that when we pray, we must intensify effort so that our prayers can go beyond the third heavens and reach God.

Much as scriptures also admonishes us to pray intensively/earnestly, it was not with the intention of having our prayers penetrate heaven. We should not forget the fact that God is a Spirit and they that must reach Him will have to do that in Spirit and in truth (John 4:24). Also, He resides in us through His Spirit. “Know ye not that ye are the temple of God, andthat the Spirit of God dwelleth in you?” (Corinthians 6:16). In the spirit realm where our prayers are channeled through, there is no distance. God’s presence is always with us and He immediately hears our petitions.

The World is too populated

Another good reason purportedly given is that the world population is over 6 billion and it has become increasingly difficult to gain God’s attention when we pray. As a matter of fact, God can get loaded with simultaneous prayers that He may be partial in giving them order of preference. Therefore, we would have to adopt measures like early morning rise from our beds so that we can pray before others wake up, or we map out strategic periods that seems as though most people are not praying so that we can specially draw God’s attention.

Honestly, all these assertions can only be true if God were to be a man, but God is not. He is a Spirit, so human reasoning of handling simultaneous things does not apply to Him. Furthermore, His ways are not our ways, and His thoughts are not our thoughts. As the heavens are far from the earth so are His thoughts from ours (Isaiah 55:8). Have you ever asked yourself the question, what if everyone wakes up at the same early time, will it not amount to the same thing? In addition, while a particular country or continent may be asleep, some other countries or continents may be awake. It means there could still be interference.

Amazingly, God does not need some people to be asleep so that others can be awake so as to be able to effectively attend to our prayers. He is Omnipresent. The world vast population is not a problem to Him. He is the creator of everything that is in existence.

I have often heard people say that tears either during prayers or not draw God’s attention. Therefore, when people pray, some out of genuine spiritual move shed tears, while some others force tears to come out because they want God to be pitifully moved about their situation.

This may sound very hard, but it is the truth. God is not moved by anyone’s tears. Tears are characteristics of human frailty. There are so many other factors that can attract God’s mercy upon an individual like a genuine repentant heart not tears. Always remember that God constantly looks at the intention of your heart and not the tears of your face.

Prayer of Agreement is stronger

One other myth commonly believed in Christendom is that prayer of agreement is stronger than prayer of an individual i.e. offered independently.

There is no scriptural revelation that the prayer of two or more people is stronger than that of one person. In fact scriptures reveals that the effectual prayer of a righteous man avail much (James 5:16). Much as bible reveals that whatsoever is bound in heaven is bound on earth…where two or more are gathered in my name there I am in their midst, we also have a confirmation in scriptures that God permanently lives within a believer through His Spirit.

The effectual prayer of an individual is as strong as that of two or more people. If only we passionately pray like Isaiah did, we can achieve more than stopping rain for three and half years.

Rise above these “Military Zone, Keep off” thoughts and pray like you have never prayed before. Pray anywhere and anytime. We are admonished to pray without ceasing, which means continuously.