Home Success Tips Rise Above Your Past 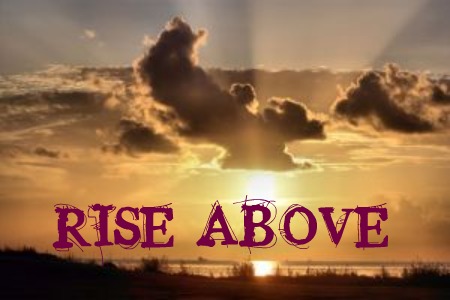 Rise Above Your Past

He was the son of a poor preacher. He was considered to be a sensitive but morbid child. His schoolmaster labeled him, “A stupid blockhead.” He earned a collage degree, but graduated at the very bottom of his class. He was rejected from becoming a preacher. He tried law, and again was rejected. He borrowed a suit of clothes to take an examination to be an assistant in a hospital, and then failed at that as well.

He lived in poverty, was often ill, and once, even pawned his clothes for food. The one thing he wanted to do more than anything was to write. And so he forged a new trail. In the end, Oliver Goldsmith rose above his past to rank among the greatest writers of all time.

Richard Hooker worked for seven years on his humorous war novel, M*A*S*H, only to have it rejected by twenty-one publishers before Morrow decided to publish it. It became a runaway bestseller, spawning a blockbusting movie and a highly successful television series.

After having lost both legs in an air crash, British fighter pilot Douglas Bader rejoined the British Royal Air Force with two artificial limbs. During World War 11 he was captured by the Germans three times – and three times he escaped. Are you there? Am not sure you got that. He escaped on each occasion with artificial legs. You can see the power of determination.

It was Orison Swett Marden who said, “You must back up your ambition by your whole nature, by unbounded enthusiasm and determination to win that knows no failure.” There is no doubt some men and women will want to puncture that determination, but they will succeed if only you let them.

In their Book, Don’t Quote Me – What People Said And Then Wished They Hadn’t, Don Atyeo and Jonathon Green writes, “Addressing his audience in the Berliner Tageblatt on July 12, 1914, Prof. Hans Friedenthal of Berlin University stated his opinions in the evolution of ‘the new woman’ in an era of suffragism and higher education. ‘Brainwork will cause her to become bald, while increasing masculinity and contempt for beauty will induce the growth of hair on the face. In the future, therefore, woman will be bald and wear long moustaches and patriarchal beards’”

Goke Ilesanmi writing in Financial Standard said, “It is a truism that irrespective of what we do and how perfectly we think we have done it, criticism is inevitable. Criticism is even so celebrated that we have different categories of critics.”

According to the man who modernized the production of automobiles Henry Ford “I cannot discover that anyone knows enough to say definitely what is and what is not possible.” Never dwell in your past.

To our success!
– Uju Onyechere