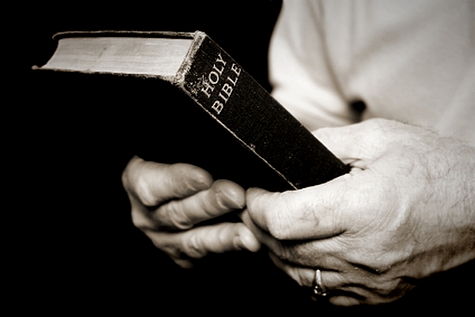 The Beginning of the Church

It is difficult to set a date for the beginning of the church though we know it arose out of the ministry of Jesus and became a universal witness to Him at Pentecost.

In his ministry, Jesus Christ predicted the spread of the gospel, but He did not, before His death, set forth a programme of evangelism (Mat 281: 8-.20). The conviction and power to witness was given at Pentecost. At Pentecost fundamental changes took place in the character and structure of the people of God.

The Spread of the Church

The Christian differed from the Jews in that he held that God had sent His Son Jesus Christ (John 3 16). The Messiah revealed Himself and saved them and they invited anyone to join them irrespective of their language or creed. This aroused the rabid opposition and grating persecution of the Jews against the Christians, in so much that many of them had to flee Jerusalem. But wherever they went, they preached the gospel, and this became an avenue for spreading the good news. When the imperial army of Rome besieged Jerusalem in 10 AD, they were dispersed further still. St Paul carried it through Asia Minor to Greece and Arabia; Mark to Alexandria and James to Spain.

The Persecution of the Church

The Roman Empire that ruled the world in the 2nd and 3rd centuries AD was so large that it could remain united only if it recognised the local customs, tribal laws and religions convictions and practices of the many people it governed. With the enthronement of Emperor Augustus, this policy began to change. Romans began to see their emperor as a god to whom they sacrificed in their temple. The refusal of Christians to make sacrifice to the emperor therefore caused the government to regard Christianity as unlawful religion (religio illicita). From then on, Christians risked their goods, their freedom, even their lives to confess the name of Christ. Because of this refusal, Christians were hated, imprisoned, banished, fed to lions as a public spectacle and executed by the sword. This was the situation when Emperor Nero, perhaps the cruelest tyrant of his time, was enthroned. In AD 64, a great fire broke out in Rome, destroying the wooden building of the poorer part of the city. Though it was believe that Nero had started it in order to rebuild the city more splendidly to his own glorification, Christians were accused of having ignited the fire. Christians were further persecuted for this. In addition they were regarded as atheists and haters of mankind. Their refusal to sacrifice to the emperor was said to cause the anger of the gods and this brought calamites to the state. They were accused of immorality in their religious assemblies. They were said to eat human flesh when they met for purpose of prayer at night. In fact, they were persecuted not because of what they did but because of what they were. 1 Pet: 4. 14-16. The Christians buried their dead in underground passages in Rome called catacombs. In AD 156 Polycarp, the heroic bishop of Smyrna met his noble death. . Replying to the proconsul that bade him to revile Christ and burn incense to Caesar, he said, “eighty and six years have I served this Christ and he has done me no wrong. How then can I blaspheme my king who saved me”

The last persecution of the early church took place in the reign of Emperor Decius, but despite all the devices its enemies devised, the blood of the martyrs was the seed of the church. In AD 133 during the reign of Emperor Constantine, an edict of tolerance was issued permitting imperial subjects including Christians to worship as they pleased and ordering that all confiscated churches and property should be restored to the owners.