Why Read the Bible?

I have come to realize bible reading is much more than reading to be able to parrot back. But bible reading involves a study of the bible with a heart ready to receive and be instructed in what the Word says we are. We can’t truly have made a study when we walk in contradiction to what we have read. There must be a saving of the souls in accordance with the word. There must be an awakening unto transformation in line with the word. This is the will of God.

It should be hard for us to see what the word says about us and walk contrary. We should find it difficult to lay hold on hate when the word says we ought to love.
We should find it hard to live sinfully knowing that we have received the very nature of God. This awareness comes to bear on us from a proper study of the bible.
Just as a man finds it difficult to wear bra and put on lipsticks so also we should not be comfortable discovering who we are in Christ and walking in opposition to it. A walk outside of who we have been made in Christ is a walk out of reality.
Learn to read your bible with a view to walking as God as made you. “… And if you will read what I have written, you can learn about my understanding of the secret of Christ”. (Eph 3:4 – Good News Bible)

The Canonicity of the Bible

The term canon of scripture means the complete collection of books which are regarded as of Divine authority. The word canon in Greek means a straight rod, rule or measure. As applied to the Bible it means the rules by which certain books were declared as inspired and accepted as such. It should be noted that before the books of the Bible as we have it today were compiled, many books in circulation were purportedly divine and inspired. The Fathers of faith therefore found it necessary to separate the wheat from the chaff; hence, very stringent rules were employed to ascertain the books that were divine. The books of the Bible we have today was the result of their work.

Why does the believer need a canon of scripture? Why were the various portion of the divinely inspired word of God collected and bound into a Book called “The Holy Bible”? There are four main reasons why there was a need for the canon.

The generally accepted date for the completion of the OT canon was the year 425 or 424 BC. The Septuagint (LXX), was the first translation of the OT carried out by Ptolemy Philadephus (285 -247 BC) in Egypt. By that time there were many Jews living in Egypt who could no longer read or write Hebrew having been influenced by Greek culture and adopted the Hellenistic Greek of Egypt as their language. This translation was done by a group of seventy scholars hence the name Septuagint and Roman numeral LXX.

Josephus Flavius, a famous Jewish historian of the 1st Century A.D stated in one of his treatise that the canon of his time consisted of 22 books, namely the Pentateuch, thirteen books of the prophets and four of hymns and practical precepts. Although Josephus did not give a concise list, scholars believes that the book of the prophets included Joshua, Judges, Ruth; Samuel, Kings, Chronicles, Ezra, Nehemiah, Esther, Isaiah, Jeremiah- Lamentation, Ezekiel, Daniel, The Twelve Minor Prophets and possibly Job (or Canticles). The hymns and precepts would be made up of Psalms, Proverbs, Ecclesiastes and Canticles (or Job).

CRITERIA FOR A CANONICITY (Four Criteria were applied)

Inspiration:- Was the author an acknowledged messenger of God, commissioned by God to make known His will” 2 Pet 1:21 . Books by such people were accepted.

The Principle of internal evidence:- Deut 31: 24 -26; Judges 3:4. The books which were read in other places in the Bible were accepted since those who read such passages must have accepted them as canonical. Daniel must have read Jer. 25: 11-12 and 29: 10.

Documentation by quotation:- Books from which Jesus Christ or other apostles quoted from were accepted Mt. 22:29, John 10:35

The law of Public Official action:- This is an historical law which required that public action be taken to solemnly declare a portion of the scripture to be the word of God ; Neh. 8:5 .

Jesus Christ’s Endorsement:- Mat 23:35; Luke11:51 this statement by the Lord is believed to be an endorsement of the OT from Gen 4 to 2 Chro 24: 20-21. In fact, He endorsed the whole OT here because Chronicles was the last book in the Hebrew OT Canon.

Study One – The Value of Being Spiritually Informed 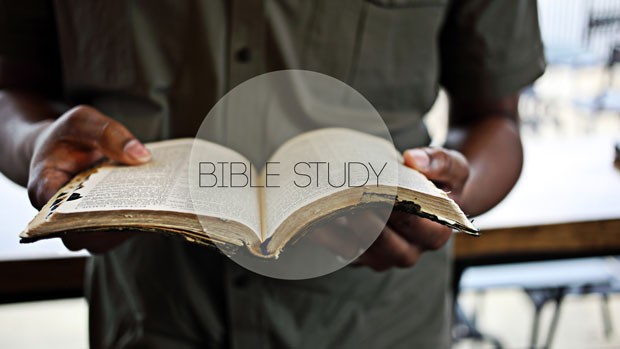 INTRODUCTION:- The first Psalm describes a person who has strength of character, who delights in the Lord and who walks with God as being “like a tree planted by the rivers of water, which yields its fruits in due season.”(Ps.1 vs 3). What is it that gives a tree stability? Where is its major source of nourishment? In its roots; those deep tough tentacles which clutch the ground.

Christians who stand firm, who resist the childish tendency of being swept off their feet by the winds of false teachings are those who have strong doctrinal roots. They know what they believe, why they believe and whom they believe. They refuse to be uprooted. So great can be its impact that Jesus Christ compared an understanding of its truths to being set free from slavery (John 8:31-32). Doctrinal ignorance is the breeding ground for fear, prejudice, superstition, failure and spiritual defeat. Paul’s advice to Timothy – II Time 215

SIX BENEFITS OF BEING SPIRITUALLY INFORMED

Conclusion: The Bible commands us to love the Lord our God with all our heart, all our soul and with ALL OUR MIND (Mat. 22:37-38). If we really love the Lord, we will commit ourselves to serving Him. not only with our heart and soul, but with our intellect as well. And that involves discovering, studying and applying sound Christian doctrine. Not only will this help us to grow in our faith, but it will possible for us to aid those who are weaker in the faith to stand firm against the torrents of false teachings and the bombardments of false teachers.

Christ Lifeline is going to provide you with sound doctrinal teaching following the syllabus of renowned theological school. It will be in layman’s language to make you a theologian with small “t” not capital “T”.

The materials you will access include topics like Soteriology, Pneumatology, Anthropology, Christian Ethics etc. We shall begin a survey of the Old Testament in the next study.

Adapted from Growing Deep in the Christian Life by Charles Swindoll