Home About You The exact distance between God and you 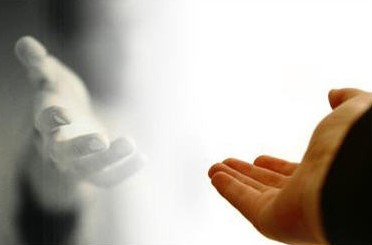 The exact distance between God and you

An arm’s length transaction is a transaction which takes place between a willing buyer and a willing seller where no relationship exists between both parties prior to the transaction. The opposite of this, however, is a related party transaction and this exists where there is a form of relationship between both parties prior to the transaction. For example, a transaction involving members of the family, shareholders of the company etc. The existence of such relationships is expected to be ascertained, identified by the auditor of the company and reported according to IAS 24. What is IAS? What is this accounting jargon doing here you might ask?

Well, it brings to mind an important fact that at a time we had no relationship whatsoever with God, we were strangers from the covenants of promise (Eph 2:12). At the best, one could say God dealt with us at arm’s length [but even that will not be entirely accurate because what we see from scriptures is the fact that the Jews (Israelites) were the only tribe or country that had a relationship with God (Eph 2:11 -12, Rom 9:4-5, 11:1). Every other Nation or tribes were considered foreigners to God]. However, this was not the father’s desire.

He wanted everybody to be a part of His plan. He wanted men of all tribes, background, economic and political strata to be able to come before Him (Eph 1:4-5,9-10) and thanks be to God, this He accomplished by Christ dying on the cross for us and shedding His blood which has now brought us as close to God as we can ever be. We are no longer strangers to God, we are now sons adopted into the family of God by Christ Jesus (Gal 4:5-6, Eph 1:5) What we now have is even better than what the Israelites had with God. What they had was considered as a shadow of what God desired? (Heb 10:1) God wanted everybody to come to Him on the basis of the blood of His son that was shed thereby, breaking down the wall of separation and bringing us together under one umbrella, the blood (Gal 3:28, I Cor 12:13). Thanks be to God, He no longer deals with us at “arms length” but as “related parties”, as sons.

“Now because of Christ-dying that death, shedding that blood, you who were once out of it altogether are in on everything.” (Eph 2:13 – MSG).