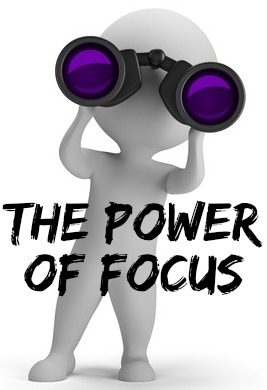 The Power of Focus

At the age of 12 his father sent for him and other members of the family to join him in United States, a land they did not know, and whose language they did not speak. His immediate experience in the foreign land was not palatable as he was laughed at by classmates who thought he was stupid because he could not speak English.

But focusing on his studies squarely, he was soon earning ‘As’ in mathematics, sciences, and surprisingly English. He earned a scholarship to Harvard Medical School upon graduation with highflying performance.

As a young physician he saw some of the first known cases of AIDS. His pioneering work with “cocktails” of protease inhibitors and other antiviral drugs has brought about remarkable recoveries, and raised hope that the virus may someday be eliminated.

David Ho, Director of the Aaron Diamond AIDS Research Centre, was chosen by Time Magazine as its 1996 “Man of the Year” for his scientific feats.

Dear friend, one thing you must imbibe is the spirit of focus. If you don’t have it, go and do everything to get it, including praying and fasting. Have you not noticed that the men and women in our case studies were able to overcome rejections and achieve what they set their mind to achieve because they were focused? They were people who knew what they wanted and gunned for it.

I remember reading the story of Marshall Field in the all time classic
Think and Grow Rich by Napoleon Hill. A book that was an outcome of thirty years of research work on personal achievement. Little wonder it became one of the best books to have been written by man. Majority of the motivational books we have today were inspired by this great book. If you have not read it, please do so as soon as possible. If you have read it, go back to it. Back to Marshall Field.

The morning after the great Chicago fire, a group of merchants stood on State Street, looking at the smoking remains of what had been their stores. They went into a conference to decide if they would try to rebuild, or leave Chicago and start over in a more promising section of the country. They reached a decision – all except one – to leave Chicago. Marshall Field decided to stay and rebuild. The store was built, a towering monument to the power of determination.

That childhood dreams could become possible if you work towards it. No matter the beginning, what matters is how you end the book of your personal achievement.